These measurements provide a series of readings that can be plotted in a chart. The course of the chart gives often a first impression of whether there is a relationship between the two variables and, if so, what kind of relationship: linear, exponential, logarithmic, …

A relationship between variables is represented by a mathematical function and indicated by an equation. When the relationship is linear, the chart is a straight line.

When plotting the measurement results, there will mostly be no line that fits all points. Using statistical methods, applications like Excel can determine the best fitting line. Such a line is called a regression line. The calculation method for finding the best line is known as the least-squares method. The backgrounds of this method and the statistical techniques are not treated. If you want to know more you have to study the literature.

With measurement results you can use Excel to

Explanation of how to add a linear trend line.

In a timber factory, a large number of similar items are manufactured, which mainly show differences in their dimensions and weight. To investigate whether the production time of these items depends on their weight, several measurements are performed. A linear relationship is assumed.

You can add a trendline in the following ways. 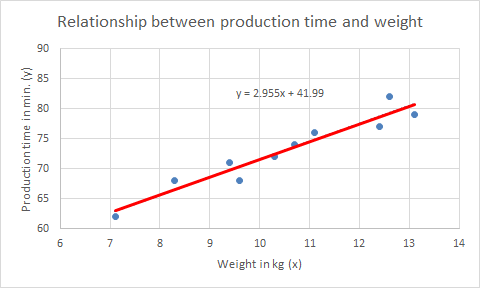 Figure 17.3: Scatter diagram of the measurements with a linear trendline.

From the equation of the trend line you can now determine the relationship between the two variables:

The slope of the trendline and the interception with the y-axis can be determined with the functions SLOPE and INTERCEPT from the category Statistical.

The height and weight of some school children are listed in the following figure.

Imagine a linear relationship and determine the equation where the weight is a function from the height.

The study time and marks of some students is listed in the following figure.

Imagine a linear relationship and determine the equation where the mark is a function from the study time.

A manufacturer of synthetic fibers examines whether the shrinking of the fibers is related to the temperature at which they are washed. There are 8 experiments in which the fibers are washed at different temperatures. The measured shrinkage is listed below as a percentage of the original length.